Our daughter Fifi is going to be 9 in January and she’s already got her mind set on being a vet. She watches vet TV shows and manhandles our long suffering cat constantly. We’re lucky, most girls get put off STEM (Science, technology, engineering, and mathematics) at an early age because it’s really pushed at boys. All the yuck experiment books are very much aimed at boys, all the circuit board sets have boys on the cover (and, oh, the older brother hogs the PS4, which is definitely “technology”!).

This is why campaigns like Pretty Curious from EDF Energy are so important. Girls generally perform better at school than boys (especially at primary level), and even though Fifi is a whizz at maths, I get the distinct feeling that the system won’t encourage her to pursue it, which is a shame.

Fortunately in popular culture things are starting to change, and Disney has helped drive this. With Rey in the new Star Wars trilogy (the Force Awakens and the Last Jedi, which was out this week), and Jyn in Rogue One, we have female leads in science fiction, showing girls that sci-fi and girls mix. So a tie up between Pretty Curious and the Last Jedi makes super sense and great fun for Fifi who got sent a Little Bits Droid kit to build: 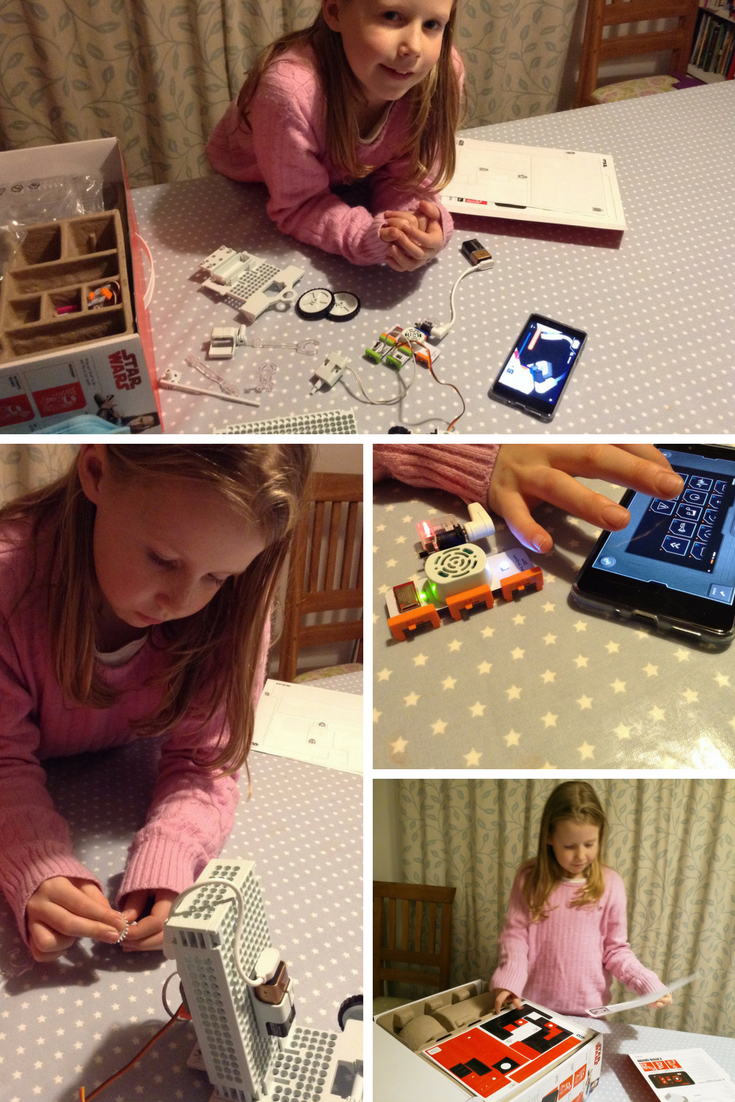 I think it’s great Fifi had such fun building the Droid, especially as it’s a toy that it would be so easy to give a boy. In fact, in almost ten years of blogging, I’d have to say 99% of the time, I’d only get offered things like this to review for the boy. Fifi always gets short changed, and it’s exacerbated by the fact I often get boys stuff offered to me as I’m a dad, despite the fact I have a daughter as well!

There is also a 360 degree virtual reality tour of the best that STEM has to offer girls.

We can all do a bit to encourage our daughters to look more towards STEM careers and interests, so what are you waiting for? Jump in!