We had busy Christmas with a bumper delivery from the Board Game Club comprising of Splendor and Catan. We had fun with both over Christmas but today I’m going to run you through Splendor because who doesn’t love a bit of the Renaissance (even if the spelling is lacking in a “u”)!

Splendor is a card/token/resource building game played without a board (don’t know why I referred to it as a board game in the title, perhaps I didn’t want people to confuse it with an artificial sweetener) for two to four players. The instructions are almost entirely written for blokes like me in so far as they only take up about two and a half pages of paper. This is my cup of tea because I get very confused by instructions (just ask my wife).

The instructions say the game plays best with three players but we spent an evening playing it quite happily with two players. It takes a bit of time to get going but once you’re into the swing of the game, it speeds by- games last on average about half an hour. 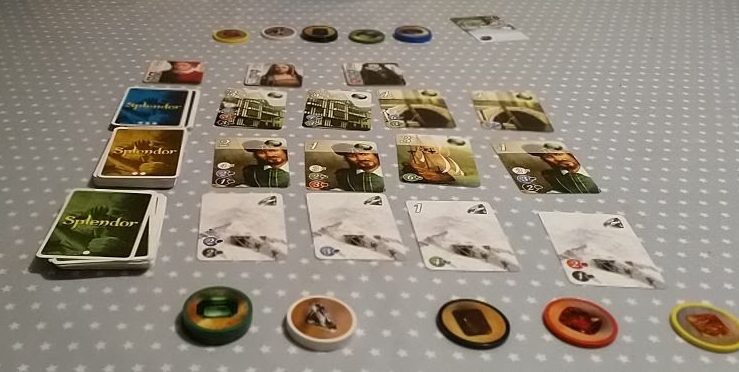 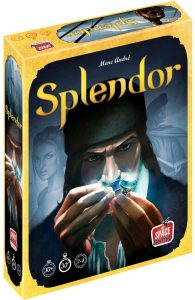 That might all sound complicated but it really isn’t, and it only took us a single solitary run through to get the hang of it.

The 30 minute game time means you can fit a game of Splendor into the smallest nook of spare time imaginable. Since it’s card based it doesn’t take much setting up and out of all the games we’ve had from the Board Game Club so far this is probably the one we’ve returned to the most.

Although the game is themed around the Renaissance, the mechanics of the game would work pretty well with anything right up to space trading. Now there’s an idea!

Splendor retails for £24.99, and is available from all good retailers, Amazon included.