Previous bank holidays have been busy

Next week sees a long Bank Holiday weekend and that can only mean one thing- DIY. I’m not sure why adults across the country see long weekends as an ideal opportunity to go stuff around the house instead of sitting around watching football and F1 but we do, and I’m invested in the process as much as other people.

Our big task this Bank Holiday is going to be emptying the loft and getting rid of most of the stuff in it. The things will be divided into keep, sell, charity shop and take to the dump. I’m hoping the first pile will be the smallest. It’s been something we’ve been meaning to do as I’ve wanted to replace all the loft insulation for a while now. Insulating a loft can be tricky, and once you’ve piled a load of loft boards and boxes on top of the insulation like we have, it doesn’t really provide much actual insulation.

This winter was in places a really cold one and since we had our energy meter fitted I’ve pathologically resented having the heating any higher than it should be. And given I’ve got a Nest thermostat, I can check what it’s been set to really easily! There’s not much point having cavity wall insulation if all the heat can escape through the roof.

Once we get that done though, there are still several other things that need doing. In the recent cold snap we had a burst pipe (to an outside tap). This is the first burst pipe we’ve ever suffered and I think it probably got in the wall cavity before it was spotted. Fortunately we have an isolation value on the tap but it has meant that we’ve had a damp section of wall which I’ve been waiting to dry out before skimming it repainting it. If I can face the rolling digits on the energy meter, I might just put a fan heater on it to speed the process up.

We’ve also been in the process of replacing some of our curtains and net curtains with roman blinds and roller blinds. We’ve had issues with curtain poles in the past due to over engineering in the actual house construct- the concrete lintels over the windows are massive and my Bosch power drill hasn’t managed to even dent them. This has meant we’ve had to screw wooden batons part into the wall, and no more nails them for extra strength. This doesn’t look tidy so I’ve finally bit the bullet and bought an SDS drill which goes through the concrete like a hot knife through butter. It’s similar to this one from Ferm  and a complete beast of a drill. It’s slightly terrifying to use but gets the job done nicely, so we’re now in the process of sorting out all the windows. So far I’m pleased with the results: 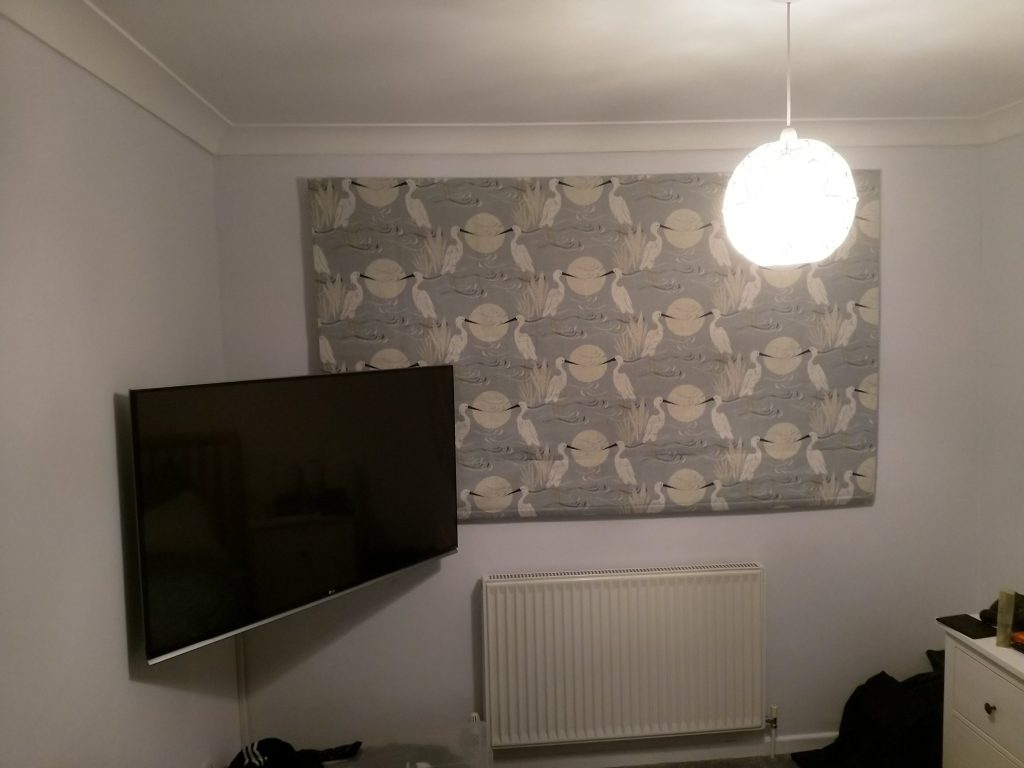 One room down- many more to go- I need to get value for money out of my drill after all!

So what are you up to this Bank holiday weekend? No doubt our kids will complain that they’ve got nothing to do but if we rush through it all to make sure we’ve got some time for a day out, no doubt they’ll also complain bitterly about having to go out. That’s the way with kids and we’ve just got to get on with it I suppose!