Last night I got home a little later than usual, as did the boy (auditions for the school play!). As Ned had Beavers and Fifi had a school opening evening visit planned (can’t believe she is in the last year of primary school- madness!), the two youngest and wifey had eaten, leaving me to fend for the boy and me. I had a forty minute window between getting back from dropping Ned off at Beavers and having to go and pick Ned up from Beavers. Not so much of a window, as a chink of light creeping in from between the curtains really.

Onion rings aren’t difficult to make, and home made ones are so much nicer than the manky frozen ones you bung in the oven. 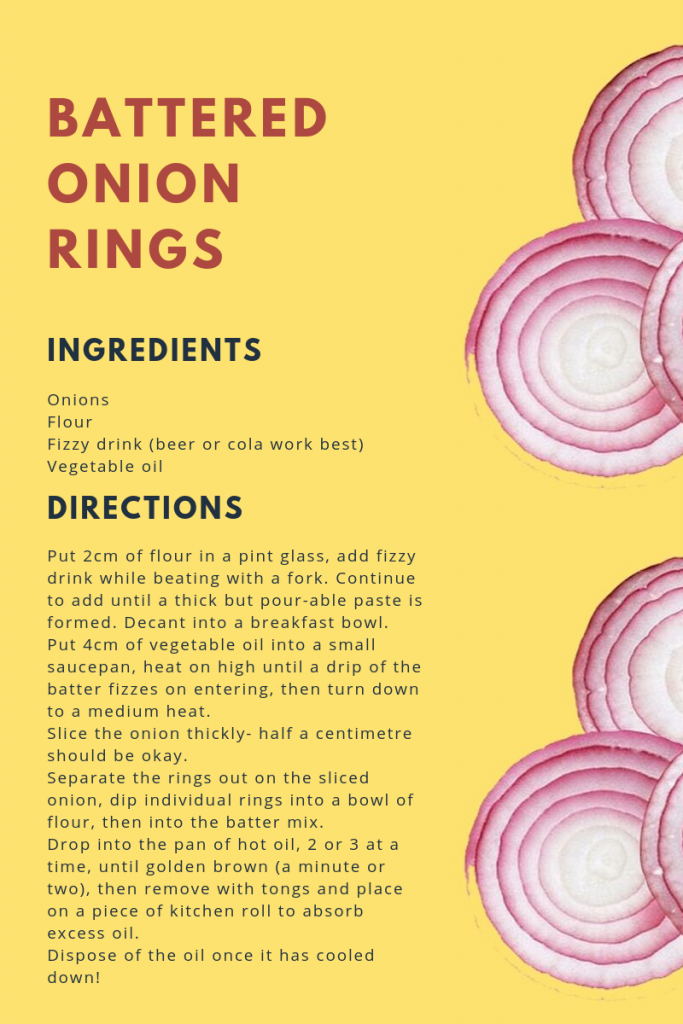 The thing it’s easy to forget (or not know in the first place I suppose) is by the time the oven is up to temperature to cook frozen pre-prepared food, it’s entirely possible to cook something much nice yourself on the hob. In this case, there were even some onion rings left over for Ned when I picked him up from Beavers. This is the sort of stuff I wouldn’t have in the freezer compartment even if there was room, which there isn’t, as we’ve got about 6 bags of frozen pineapple chunks in there at the moment for some reason or other I’ve never fully understood.