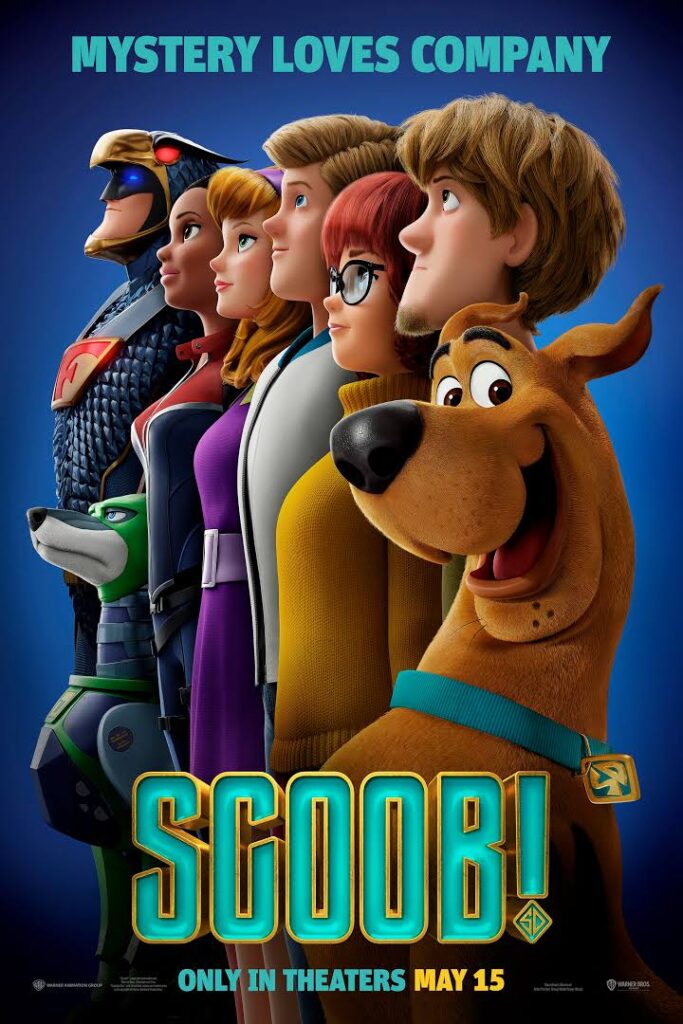 I’ve been thinking on Scoob! and why it was ultimately a pretty but disappointing Scooby-Doo movie.

In case you haven’t realised, there are a massive number of direct to streaming/DVD Scooby-Doo movies out there, 33 at the last count, with another one due out this year (the full list is here) and the thing is, much like the brilliant Mystery Inc TV series, most of them are pretty darn good. Yes, there are a few celeb endorsed outings that only work if you know the celebs (the WWE movies & recent Gourmet Ghost, with it’s America focussed celebrity chefs, spring to mind), and some are definitely better than others BUT they all fit into a continuing Scooby-Doo continuum and cleverly deal with the older series when it wasn’t old man Withers in a mask but an actual ghost pretty well. There was recently a sequel to the 80s 13 Ghosts of Scooby-Doo series, which included a grown up Flim Flam, thankfully ignored Scrappy-Doo, and dealt with the whole “ghosts are real” thing from the older series really well.

Scoob! doesn’t really make any attempt to fit into the Scooby-Doo universe, and more problematic is the fact that the movie is, like a lot of recent Warner Bros releases, a blatant attempt to launch an expanded universe, in this instance a Hanna-Barbera universe with Dick Dastardly & Mutley, Captain Caveman and other luminaries making an appearance, at the expense of the movie itself.

In making a play for the bigger picture, WB have lost what makes Scooby-Doo as great as it is, year in and year out. My 11 year old will watch anything from the original 1969 series onward, and loves the references to old shows and episodes that pop up in the newer DTV movies.

Early on Scoob! promises so much with a montage of classic moments from the older TV series near the start as we move from the gang as little kids to the teenagers they’re better known as. If only they’d stuck to the tropes that make Scooby-Doo what it is, even as the newer movies do so while still sending themselves up and playing with those tropes in a respectful but often clever manner. Ultimately though Scoob! suffers, overreaching with franchise/expanded universe ambition and losing the essence that attracts generation after generation of fans.

It’s not that Scoob! is a bad film in isolation; it’s entertaining, some of the set pieces work well and the gang’s dynamic is pretty good but there are other things it does badly. By focussing on the titular Scooby, in a way that the TV show never does, the film loses focus and can’t help but compare badly to the DTV movies.